On Tuesday 21 February, the J1 children travelled to Tatton Park for a Viking Day. The children were split into two groups and experienced a number of activities during the day. The sessions focused on the Anglo-Saxon and the Viking Invasion, In the 10th century AD, the Vikings were continuing their raids of the Anglo-Saxon people who had colonised England. The children learned about these two groups of people: looking at their home life, religion, work, trade, food, language and geography. They  arrived just after a Viking raid had taken place and through activities such as threshing and winnowing, baking, pottery and runes, saw the effects this had on the Anglo-Saxon community. The highlight of the day was definitely the weaponry session!

J1 had a wonderful day! 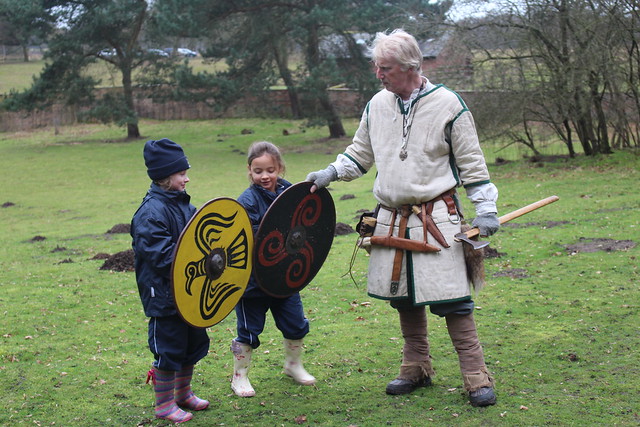